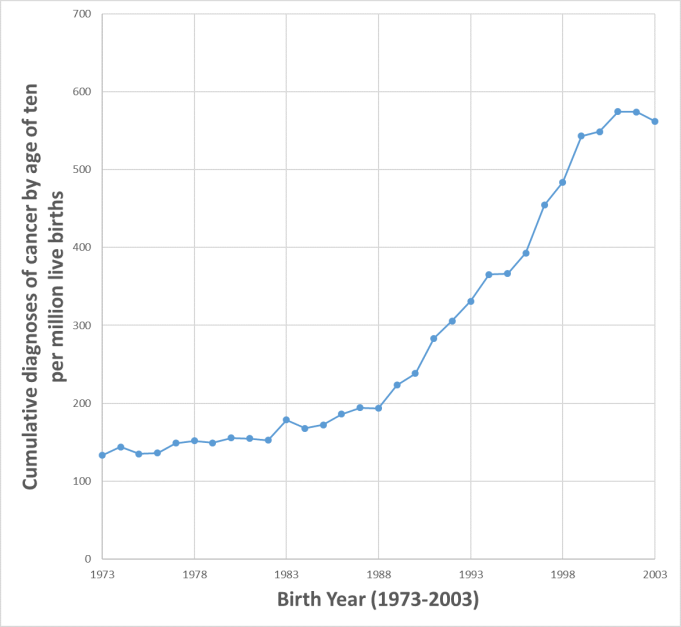 Epidemiology data from the National Cancer Institute was utilized for the U.S. population from 1973 to 2013 [1]. This clinical data has birth and diagnosis dates temporally truncated to the year to protect the identity of individuals, which precludes sub-annual analysis. Live birth totals for males and females in the U.S. were utilized from vital statistics reports for each year from 1973 through 2013 to provide a population model for clinical data [3,4,5,6]. (See U.S. Live Births data.) Cumulative diagnoses of cancer were calculated for each year of birth from 1973 to 2013 for each year of age up to ten. Live birth totals from vital statistics were utilized to calculate diagnoses rates per million live births. (See Table 1.)